Memorandum of Understanding with the Naval Academy in Gdynia 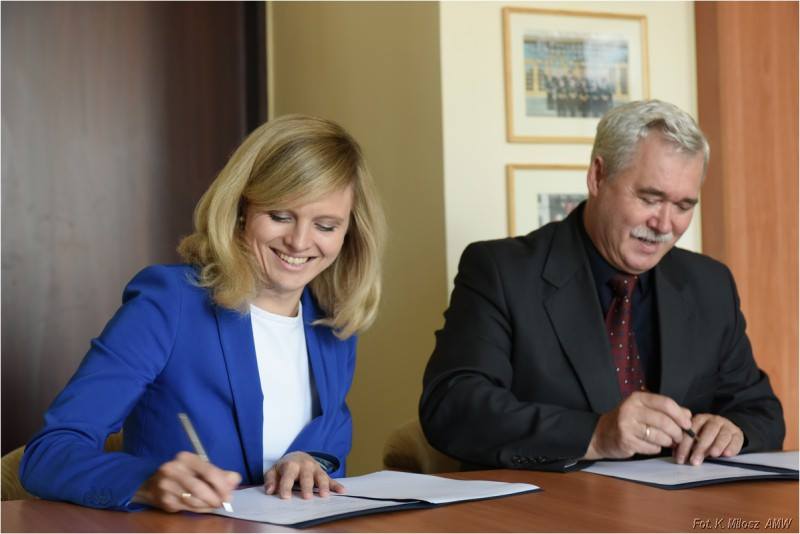 Memorandum of Understanding with the Naval Academy in Gdynia

On October 10th, during the first meeting of the Board of Patrons of the international relations faculty at the Naval Academy in Gdynia (AMW), dr. Katarzyna Pisarska, Director of the European Academy of Diplomacy and prof. Jerzy Kojkoł, representing AMW, signed a Memorandum of Understanding between the two institutions. Under the agreement, our Academies will work together to develop joint programs in the fields of contemporary security and diplomacy.

The cooperation between the Naval Academy and the European Academy of Diplomacy began in 2007. Together we have been organizing a cycle of conferences titled “Naval Ambassadors”, as part of the Academy of Young Diplomats external sessions. The last one took place in February and was dedicated to safety issues and geopolitics in the Baltic Sea region.