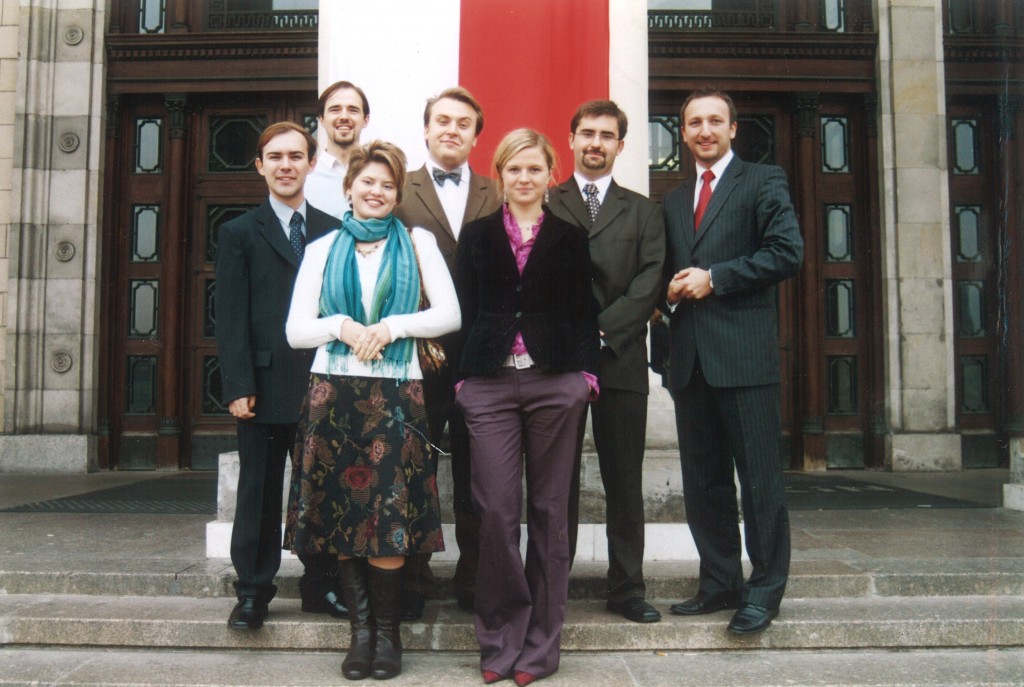 The story behind the establishment of the European Academy of Diplomacy is a story of a young, married student couple, Katarzyna Pisarska & Zbigniew Pisarski and the vibrant growth of their home country, Poland. Having met in 1999, the two student activists believed in something shared by most young Poles of that time. It was a conviction that their country could become a democratic, prosperous state & that Europe would finally be united from East to West.

What Kasia & Zbyszek also believed was that the success of their dream was largely determined by the formation of a new generation of open-minded, dialogue-oriented and internationally exposed Polish leaders. By launching in 2001 a number of initiatives channeled through their newly established national-wide student association, the Polish Forum of Young Diplomats (PFYD), both of the future EAD founders worked with young, emerging Polish leaders, promoting civic activism and encouraging a larger youth stake in the ongoing foreign policy debate in Poland.

The year was 2004 when Poland joined the European Union. That same year Kasia & Zbyszek launched a new training program to foster leadership and promote networking among young, internationally-oriented Poles. Named the “Academy of Young Diplomats”, the program envisaged to offer hands-on training to a small group of PFYD members interested in pursuing a career in international relations. By the Fall of that year however the organizers received over 800 applications. This was a clear sign that that the initiative should be neither small nor exclusive. In December 2004 the program was inaugurated, with 210 students enrolled, representing over 90 Polish universities. And thus the story of the European Academy of Diplomacy begins.

Between 2004 and 2014 the European Academy of Diplomacy had gone through many stages of development. It’s innovative approach to skills trainings, a values-based program policy and an ever growing international outreach have made it one of the leading diplomatic academies in Europe and one of the first non-governmental, non-for-profit entities of this sort. Through a multitude of partnerships, which include the Council of Europe, the institution is ethically engaged and internationally recognized for cutting-edge programs, which liberate EAD participants to learn, challenge and lead. After a decade of existence its mission has widened from opening Poland to the world, to bringing the world to Poland.