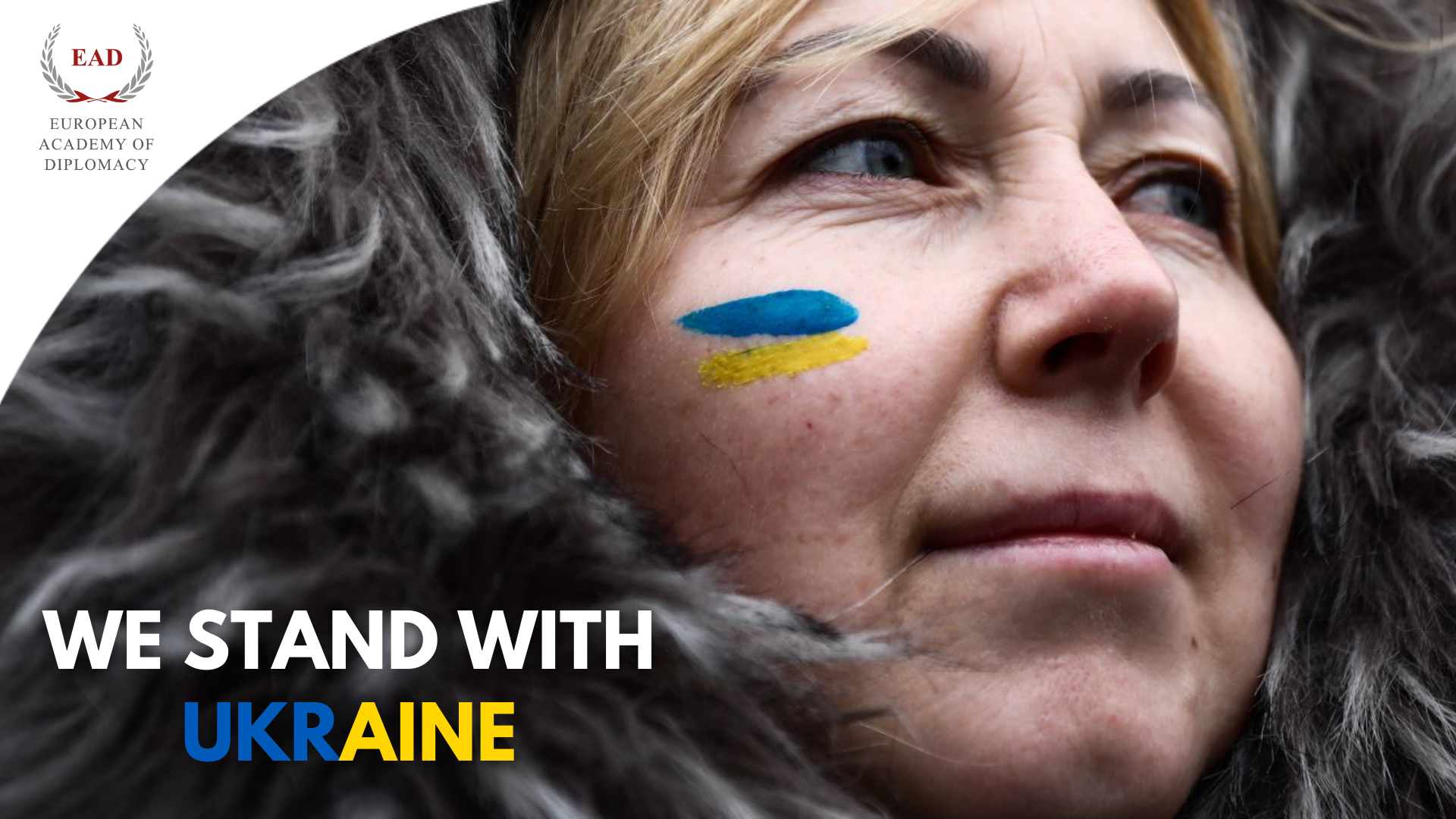 Today, on the 24th February 2022, at around 5 am Kyiv time, Russia started a war against Ukraine through multiple airstrikes around the country targeting strategic & military points, as well as invading Ukrainian territory from the Northern & Eastern borders. Millions of innocent Ukrainian lives are at stake & the Russian government has, once again, displayed a violent breach of International Law.

The European Academy of Diplomacy strongly condemns the unprecedented aggression of the Kremlin against Ukraine & its territorial integrity & calls the world to stand with Ukraine. Moreover, we are calling the world to respond with concrete & firm sanctions against the Russian government immediately. We would like to express the hope that this unprecedented act of aggression and violation of the norms of international law will be met with a firm response from the international community. The armed aggression planned and implemented by the Russian Federation with considerable Belarusian support is the ultimate proof that those governments have excluded themselves from any civilized community of nations.

At the same time, we would like to emphasize that we unite spiritually with our Ukrainian friends, expressing full solidarity with the whole fraternal Ukrainian nation. We would like to call the citizens of the world to support and help Ukrainians in such unprecedented times. Here are some links with information on how to help.

The Early Birds Admissions for the Academy of Young Diplomats 2022/2023 are now open!