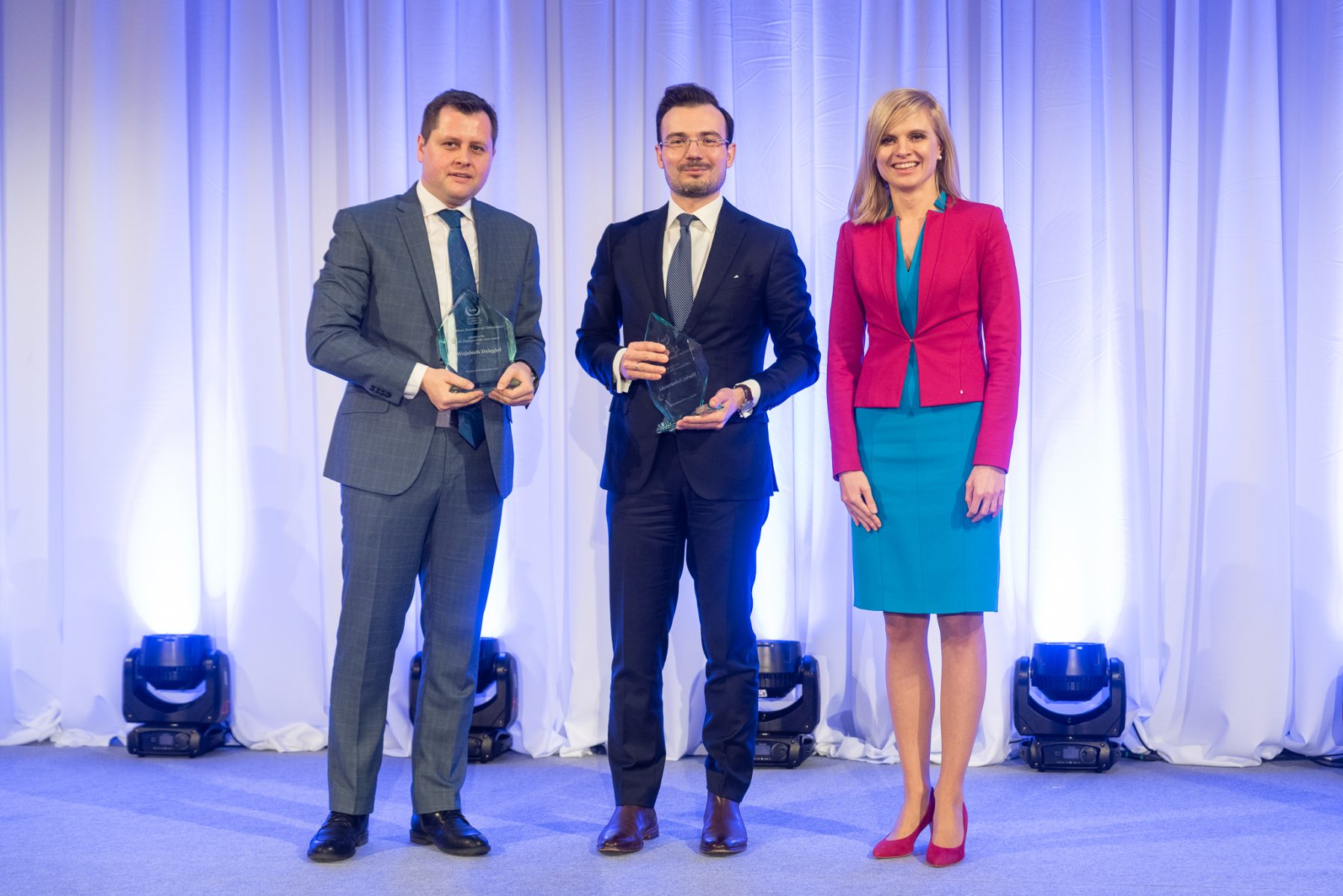 We are proud to present the two exceptional individuals, who received the 2018 EAD Alumni of the Year Award! They were chosen for their accomplishments in the spheres of international relations and social activism, as well as continuing to achieve and embody the values of the European Academy of Diplomacy’s – Respect & Dialogue, Co-ownership, Empowerment and Ethical Engagement. The awards were presented on the 2nd of December, during the Graduation of the 14th and Inauguration of the 15th edition of the Academy of Young Diplomats.

Wojciech Dzięgiel, Poland
Alumnus of the 1st edition of the Academy of Young Diplomats

Wojciech Dzięgiel is the Executive Director and Member of the Board of the Casimir Pulaski Foundation – the leading foreign-policy thinkthank in Poland and the „Best EU International Affairs Think Tank” as awarded by the Prospect Magazine in 2017. Since 2015 he is also the Head of the Organizing Committee of the Warsaw Security Forum. Mr. Dzięgiel is a career diplomat and has previously worked at the Ministry of Foreign Affairs of Poland (2006-2015). His postings included Toronto, Canada (2006-2011) and Dublin, Ireland (2011-2015). He is a lawyer by training, having specialized in Public International Law and has graduated from the Hague Academy of International Law (2002) and Utrecht University (2003). In 2017-2018 he has done the postgraduate studies on innovation economy at the Warsaw University. As a strong advocate of more women voices in foreign policy, Mr. Dzięgiel was the initiator and later founding member of the Polish Chapter of Women in International Security (WIIS Poland). He has taken the portfolio of international cooperation of the Foundation developing research and organizing key events with a goal to influence the international debate. Warsaw Security Forum is one of the primary projects where Mr Dziegiel strategy has been employed.

Maciej Zaborowski, Poland
Alumnus of the 6th edition of the Academy of Young Diplomats

Maciej Zaborowski is Justice at the State Tribunal, Managing Partner at Kopeć & Zaborowski (KKZ) and Member of the Supervisory Board at PZU. He obtained law degree at the Warsaw University’s Law School, majoring in the intellectual property law He graduated from Harvard Law School (ALP). In addition to that, he completed his postgraduate studies in rules of evidence laws at the Cardinal Wyszyński University in Warsaw.
He is also a graduate of the Center for American Law Studies (a joint project of the State University of Florida and University of Warsaw Law School), Leadership Academy for Poland conducted by the faculty of the Harvard Kennedy School of Government, the XVI School for Leadership for the Civil Society. From 2005 to 2007 he worked in the Ministry of Justice. Then, he was appointed to work in the Polish Embassy in Rome, where he was coordinating all activities related to the Polish national elections in Italy. In the years 2008 through 2010 he worked in Sejm, the Polish Parliament. Since 2013 he has been a mediator at the Mediation Center of the National Bar Association.
In 2013 he established his own law office. Since 2015 he has been the Managing Partner at the partnership law firm, Kopeć Zaborowski Adwokaci i Radcowie Prawni Spółka Partnerska, which British magazine “The Lawyer” nominated for the Law Firm of the Year: Poland in the 2018 Lawyer European Awards. In March 2011 he was presented with a special award given by the Board of Directors of the Warsaw District Bar Association for his social activism. He got also top award in the contest, Rising Stars – Lawyers as Leaders of Tomorrow 2015. I
n December 2015 he was selected to be a member of the Board of Directors of the Polish National Railways, the speed trains division, PKP Intercity, where he worked as the vice-president of the board. In January 2016 he was invited to join the board of directors of the National Insurance Company, PZU, where he works as the Board’s Secretary.
On the 28th of February 2018 he was elected by the Parliament, Sejm, to join the Supreme State Tribunal as a justice.