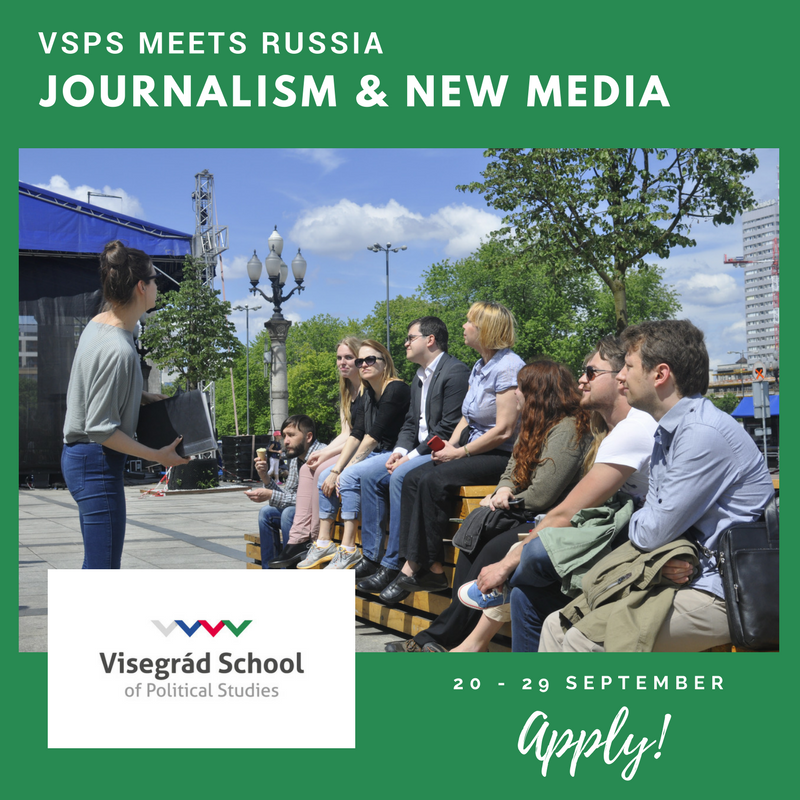 The Visegrad School of Political Studies has recently completed the 4th installment of the VSPS Meets Russia program this year. This time is was dedicated to enthusiastic and driven journalists and media representatives from Czechia, Hungary, Poland, Russia and Slovakia and titled Journalism and New Media! The aim of the program was to encourage networking and exchange of experience between the Russian and V4 participants, as well as providing them with knowledge and skills empowering them to act as both government watchdogs and initiators of positive social change. The program promoted reliable, fact-based journalism, focused on combating fake news and different types of censorship or propaganda.

During more than 30 hours of intense workshops, the participants covered topics such as

The participants attended the conference “Sapere Aude: Freedom, democracy and globalization.” organized by the Association of Schools of Political Studies in cooperation with the VSPS. The conference gathered over 100 young European leaders for a series of workshops, lectures and discussions on the various aspects of the political, social and economic developments in Europe and beyond. The program focused on the fundamentals of democracy and civic engagement in the context of current national and international affairs.