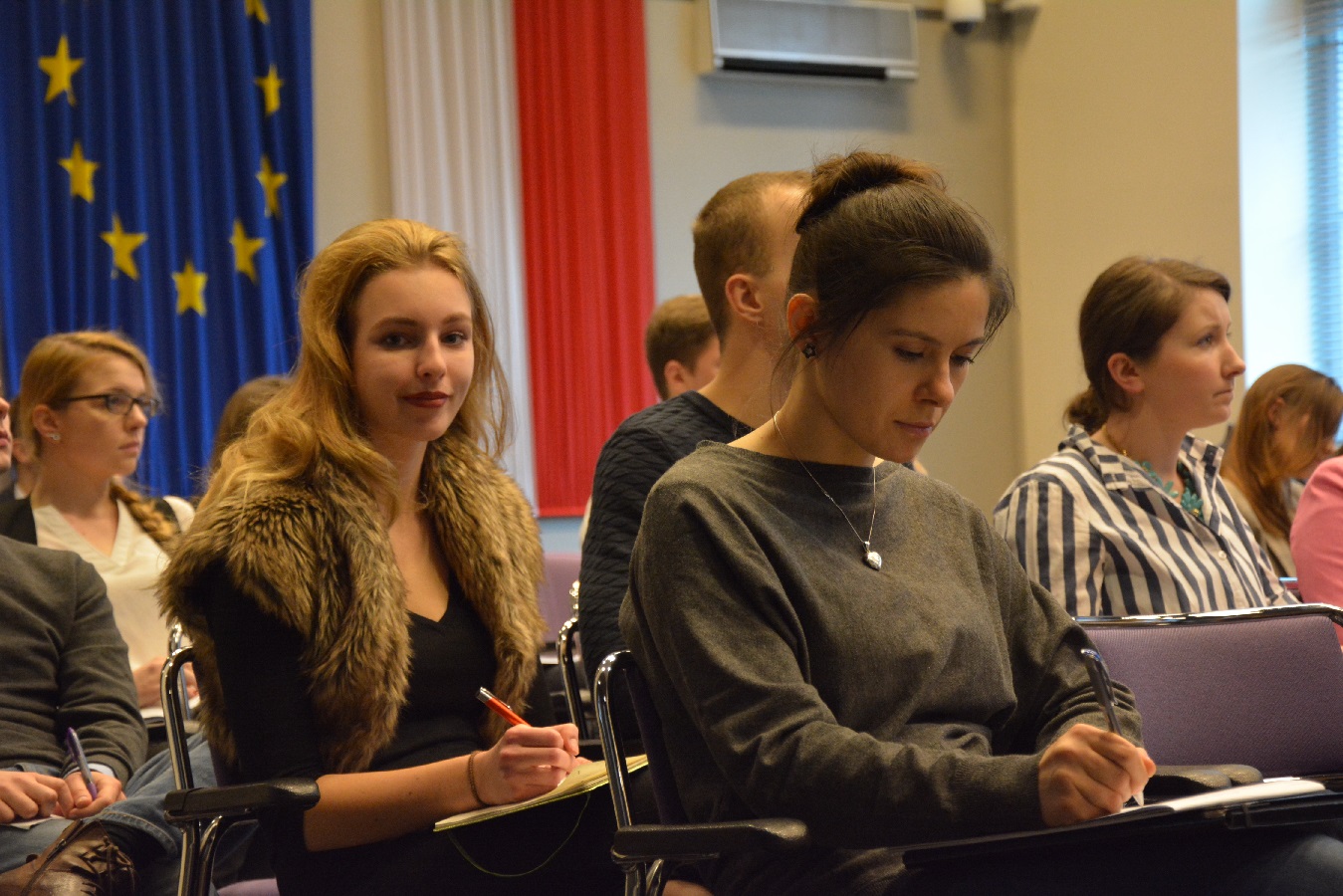 The seminar covered Turkey’s foreign policies as well as Turkey’s role in the international arena. Turkey is an economically developed state that can strategically influence the Middle East. However, Turkey is also facing political turmoil with the migration crisis and grave human rights violations by authorities. Nevertheless, the conservative sector of the population supports the radical President Erdoğan, as they believe he has improved the economy. Additionally, Turkey has intervened military in Syria, both supporting the Sunni opposition and fighting against Kurdish militants.

Saturday commenced with a lecture by Paweł Potoroczyn, Director of the Adam Mickiewicz Institute, titled “Cultural Diplomacy.” He discussed appropriate and effective cultural diplomacy based upon the experiences of the best managed public Polish institute, which aims cultivates international Polish cultural heritage. The Adam Mickiewicz Institute organizes the Polish Culture Season Abroad, an international cultural exchange. Since its inception, the AMI has organized over 5,000 cultural events in 67 countries, in which over 50 million individuals have attended. The AMI also runs culture.pl, a portal with listings of Polish cultural events, as well as access to essays and reviews. The success of the Adam Mickiewicz Institute is dependent upon the observance of rules, such as maintaining independence for organizations, direct contact with the public, and the use of unconventional communication methods in promoting the Polish brand. According to the former Cultural Consul, the essential values in cultural diplomacy are vision, a sense of humor, and mission. The lecture was followed by Q&A session.

5th session of the Academy of Young Diplomats

Recruitment for the 13th edition of the Academy of Young Diplomats