IV session of 11th edition of the Academy of Young Diplomats 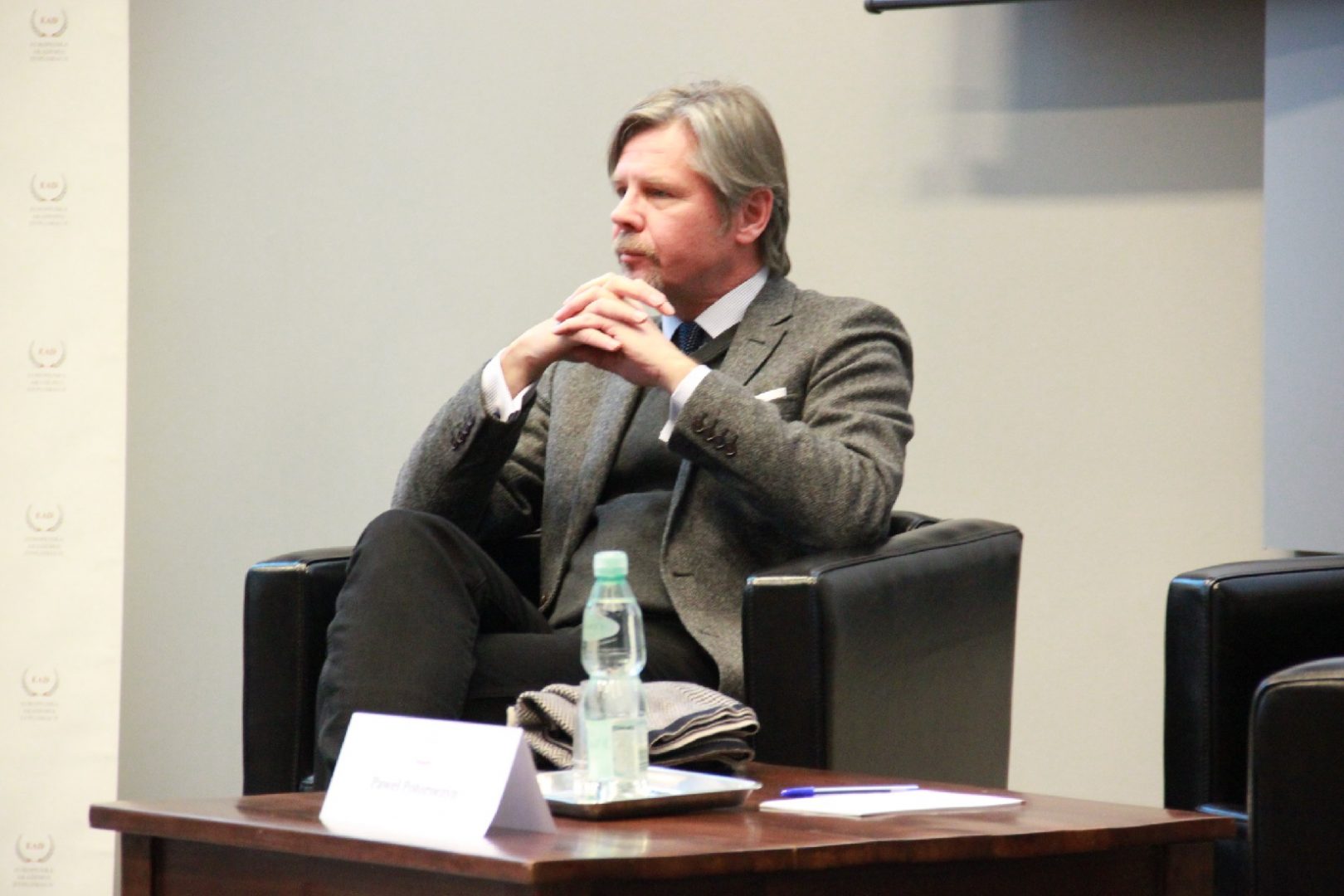 IV session of 11th edition of the Academy of Young Diplomats

During the fourth session of the 11th edition of Academy of Young Diplomats, which took place on 20-22 February, the EAD had the honor of hosting Mr. Paweł Potoroczyn, Director of the Adam Mickiewicz Institute, consul for cultural issues in Polish General Consulate in Los Angeles (1995-2000), as a honorable guest. The main focus of his lecture was on cultural diplomacy, and as a reference to it, Mr. Potoroczyn introduced the origins and activities of Adam Mickiewicz Institute (AMI).

Mr. Potoroczyn elaborated on a subject of culture and knowledge management, especially in the context of creative diplomacy, broadening the scope of culture management to include i.e. sports and cuisine. During discussion, AYD participants raised, among others subjects, the question of differences between AMI and Polish Institutes, cooperation with China on organizing Polish culture season abroad and functioning of AMI in particular world regions. Participants were also interested in Mr. Potoroczyn’s work experience in other countries and project selection criteria.

On Friday speakers of the seminar, Dr. Konrad Zasztowt and Mr. Maciej Falkowski, introduced to students specific nature of the conflicts in the Caucasus region. The experts invited to panel discussion spoke of the origins of events which changed disputes on Abkhazia, South Ossetia and Nagorno-Karabakh into armed conflict, as well as influence of Soviet Union policy on provoking fights in the region, differences between particular territories and other potential flash points in Southern and Northern Caucasus. During following discussion participants posed questions concerning future of the region, emulation between ISIS and Caucasus Emirate, cost of maintaining control in Caucasus for Russia in current situation and role of regional powers in shaping Georgian, Armenian or Azerbaijani international policy.

The next session of 11th AYD edition will take place from 13th to 15th of March.